Promotion of artists in China

Digital distribution and comprehensive promotion for artists and labels

With a population of 1.4 billion people, of whom about 800 million are active Internet users, China is now the largest market for the music industry with an annual 10-percent growth rate and market cap of 370 billion yuan (approximately $50 billion) a year. Streaming services and music platforms provide hundreds of millions of Chinese people daily with music content, where instead of the usual Apple Music, Spotify and Google Play we have dozens of local streaming services that you have never heard of. The music market is divided between the media giants Tencent (QQ Music/KUWO/ KUGOU) and Netease Cloud Music with an audience of 700 million and 400 million people respectively.

The beginning of the 21st century was marked by rapid economic growth in China, which became the starting point for all C-pop culture that had been hidden behind the screen of Chinese censorship and made inaccessible to western listeners for a long time. Active investments in local show business, as well as partnerships with major foreign labels and the development of the Internet (including the first music services), allowed China to adopt Western music trends and develop C-pop sounds in new and exciting ways.

However, Chinese pop culture is very difficult to identify as breakthrough, especially against the backdrop of popular music performers from the United States, where the musical subculture reaches into the mass population and sets new trends. On the contrary, the Chinese show business is fairly conservative, the once trendy style of 2000s’s continues to top the Chinese hit charts, and today's most popular pop stars are reminiscent of the Backstreet Boys or Britney Spears at the very peak of their careers. The hip hop genre, which has recently been dominating the music industry on the world stage, was considered an underground genre in China for a long time and became widely popular only in the last decade.

Of course, in China there are a lot of very talented musical performers on the local scale, but the language barrier does not allow them to project their artistry beyond China, and songs targeted at an English-speaking audience do not “take-off” because they tend to repeat what we have already heard from Western artists. In addition, mechanisms for popularization of the creativity of Chinese music performers are also exclusively local in nature. This also applies to promotion in social media and PR campaigns in general, which focus only on the target audience within China. Social network accounts attain millions of subscribers, and video clips and streaming provide tens of millions of views. Product placement media content, reposts and mentions on the official pages of stars generate enormous revenues from their Chinese advertisers.

Ratio of users of musical apps

Market for musical applications in China for 2017

With the growth of globalization and the development of the Internet space, the musical horizons of the ordinary Chinese music listener began to expand. Foreign music performers started acquiring fans of their music in China, but due to the limited presence of the performers in a specific music market, all such fans can get are new releases of their idols on local music services. Due to the fact that the most popular communication channels in the world - for example, Instagram and Facebook - are blocked in China, most western artists have no chance to popularize themselves, and the most relevant Chinese resources for promoting celebrities - WeChat, WeiBo and Douban - remain popular only in their environment. China’s biggest music labels are limited to world-renowned stars who don’t need to promote themselves from scratch.

Participation in various talent shows that achieve high television ratings in China is the best way for future foreign artists to become popular in the market. Foreigners attract attention to themselves by singing songs in Chinese and playing musical instruments. One of the most successful foreign celebrities who was able to independently create their own image is the Kazakh musical performer Dimash who appeared on the Chinese talent show “Singer” (the analog of the world famous “The Voice”) and took first place. 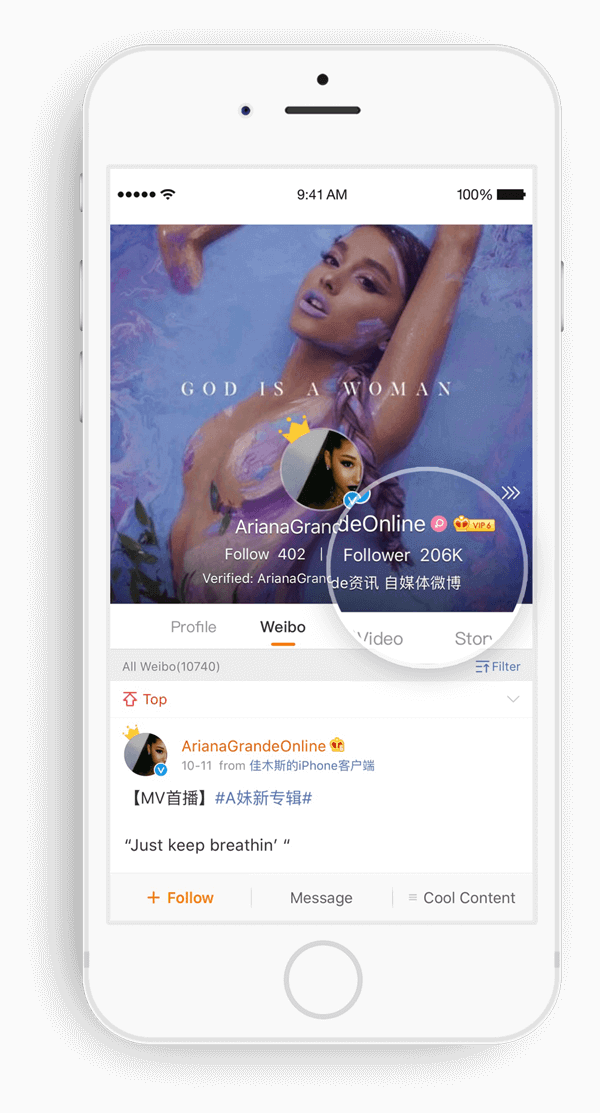 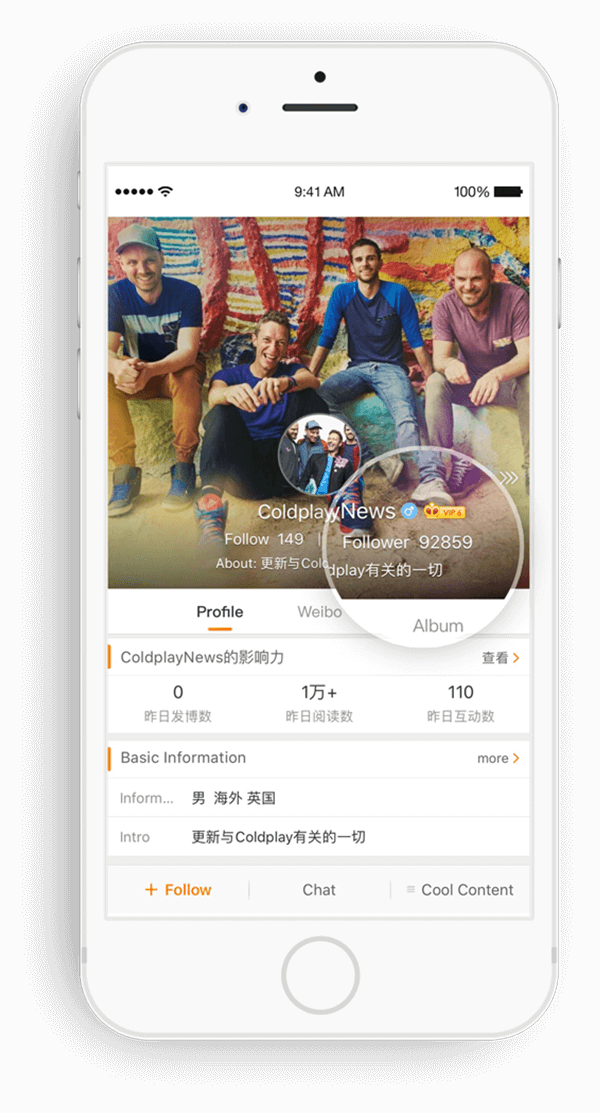 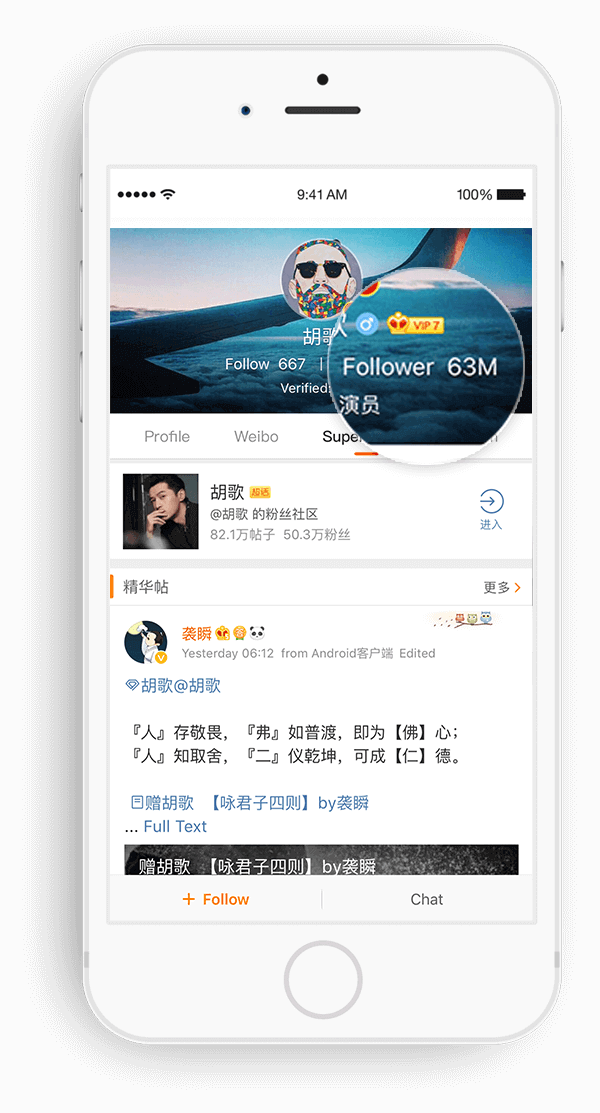 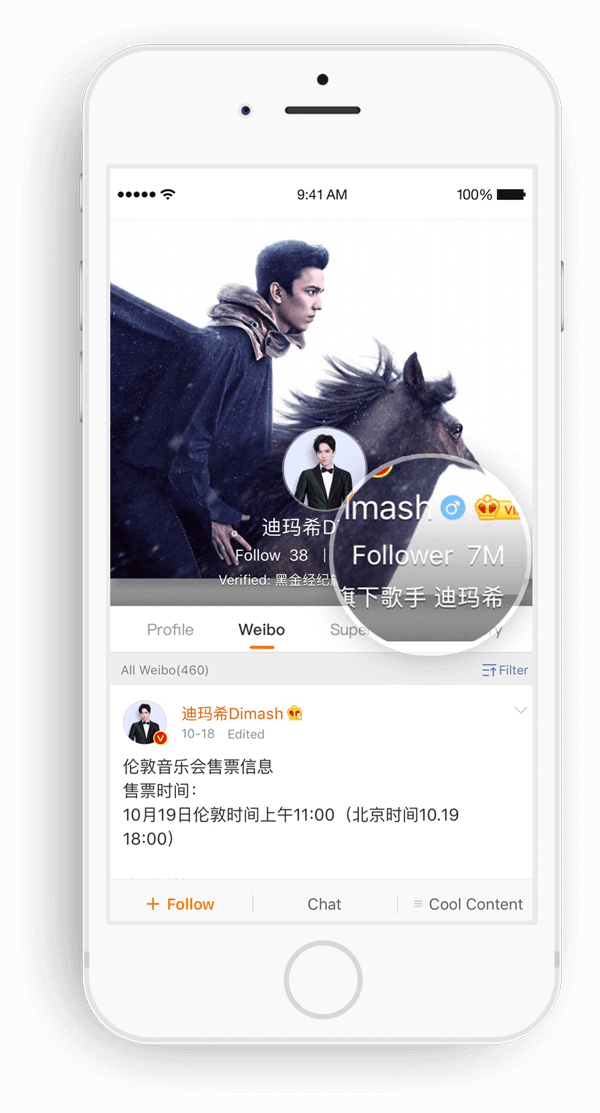 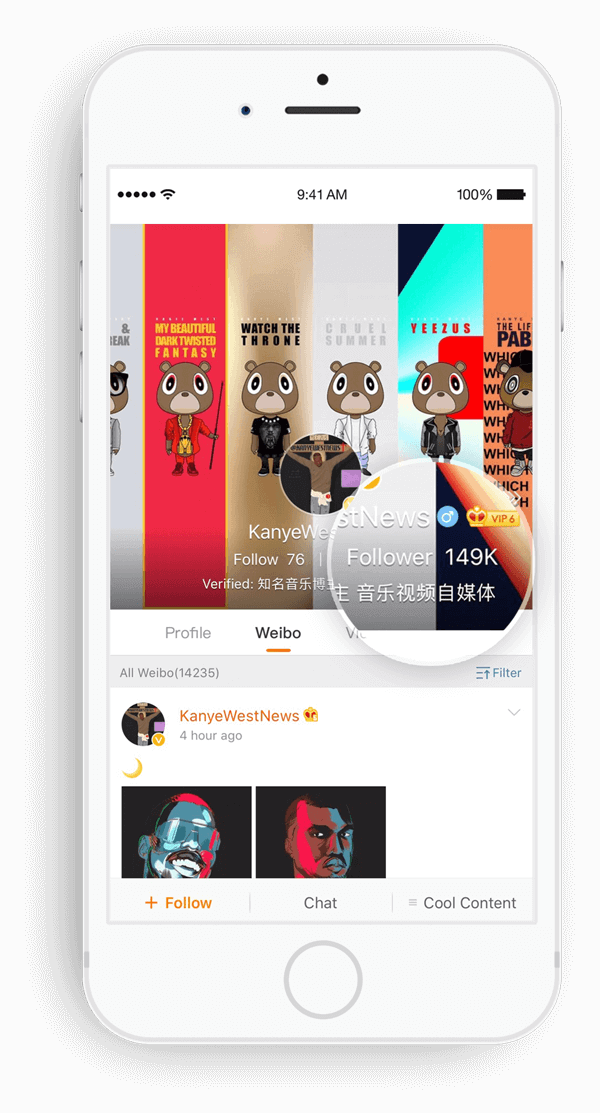 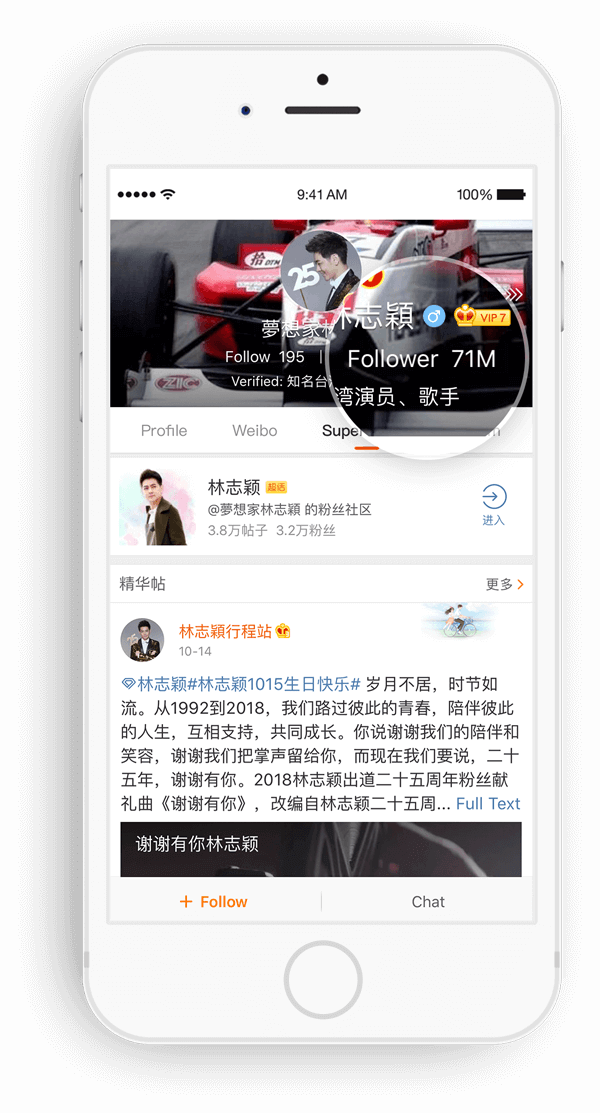 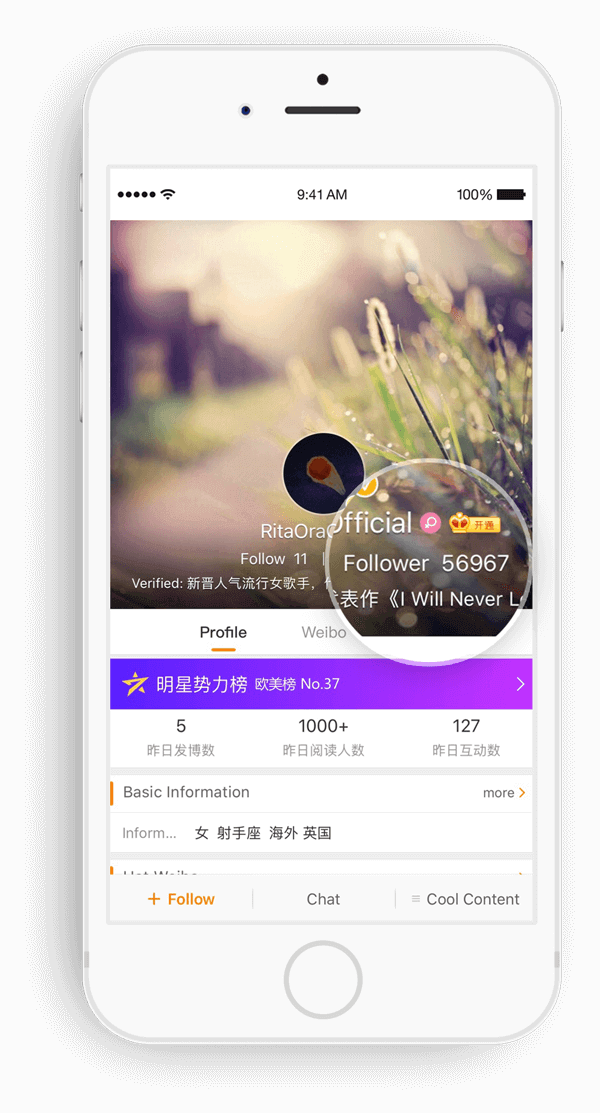 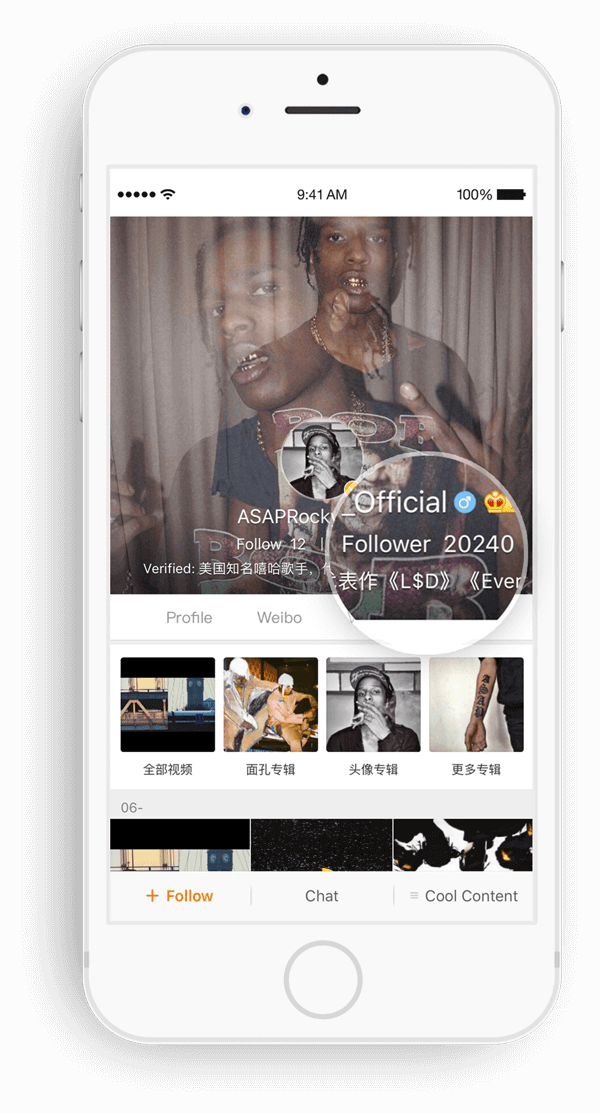 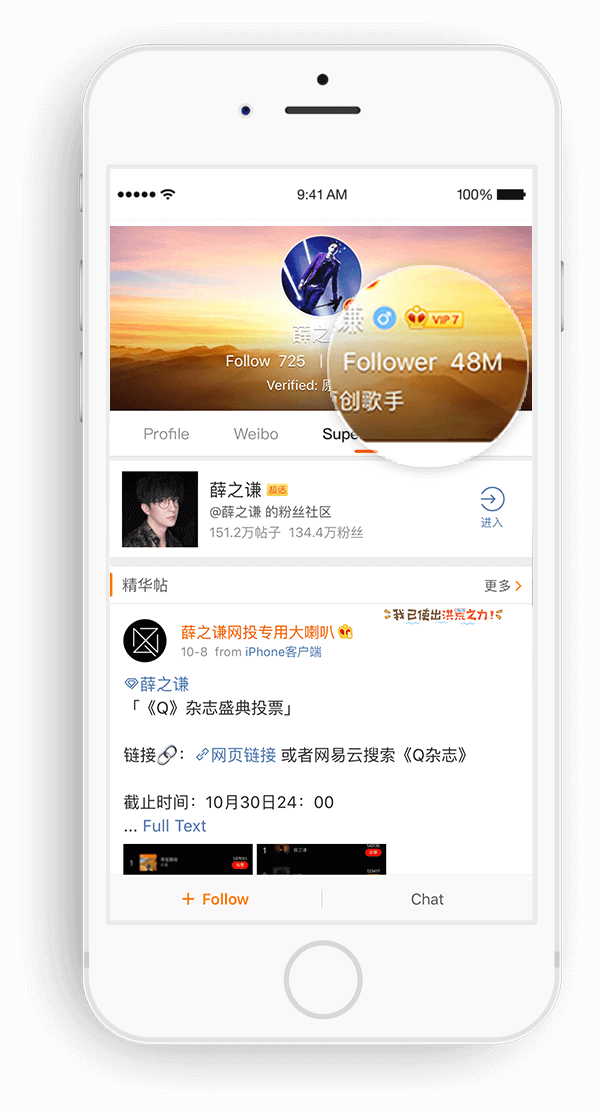 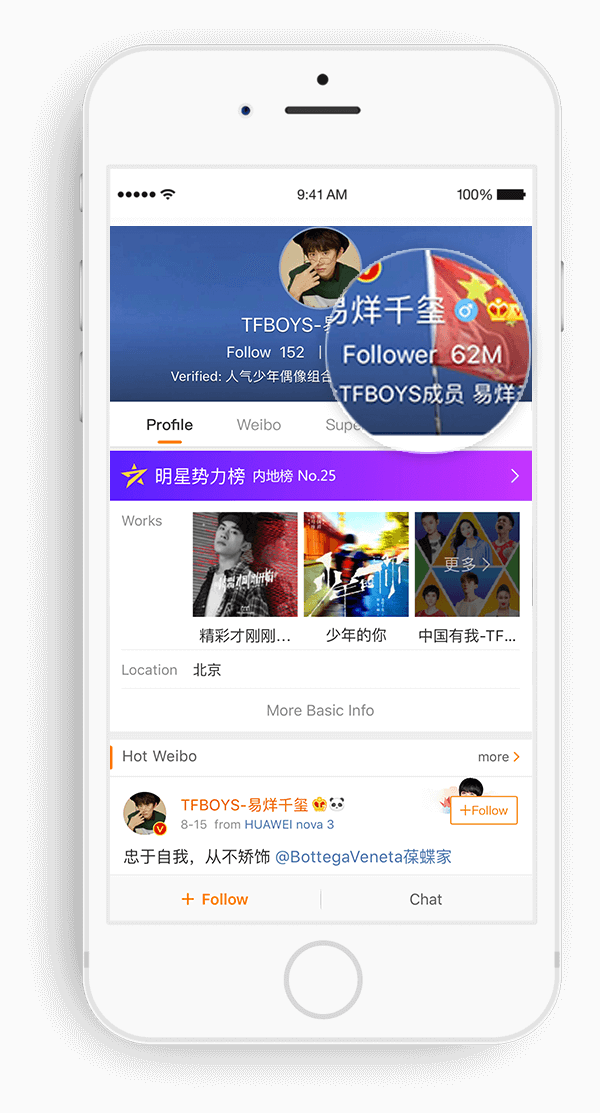 Why do we write about this? Everything is very simple

Today, in the era of digital tech, in order to become a celebrity, you can simply create an "online presence" on the most popular social platforms. High-quality interactive content adapted to the Chinese audience will help people learn about you and draw the attention of even more fans to you. We design unique and innovative solutions that allow you to monetize your creativity by attracting advertisers, sponsors and partners who want to learn more about you and invite you to China.

We deliver your releases - singles, EP and albums to the largest musical platforms

We update and consolidatecontent to adapt it to the Chinese audience

We develop individual strategies and integrated PR campaigns aimed at promoting and strengthening your personal brand throughout the entire online space in China. We follow the trends and hype - we monitor social networks and media resources, monitor challenges and flashmobs and utilize them in our campaigns. Thus, we increase the media performance and recognition that helps you achieve your goals.

We work with the biggest publishers in China. We create unique and interesting material, write stories and articles that will interest your audience

We broadcast content via the most popular communication channels, as well as improve it and adapt it to the Chinese audience. We create texts and interactive features

We create the hype in the community and interact with the audience - we process incoming requests and comments, attract new traffic and bring interest via live communication

Working with Asia Pacific team, you get:

Promoting the personal brand in China in order to attract Chinese advertisers, sponsors and partners