Chinese bloggers have captured the hearts of a multi-million audience who are interested in how they live, what they eat, and where they are going to go on their next vacation. Key opinion leaders are very popular not only with their followers but also with advertisers: the companies use them to communicate with their potential target audience. This article will introduce you to the Chinese blogging market and tell you more about some of its exponents.

Chinese bloggers use all sorts of ways to gain more and more likes and followers, the latest trend being short videos in Douyin (TikTok), Kwai, etc. applications, but the most popular platform among Chinese influencers is Weibo. Chinese bloggers are most often called KOLs (Key Opinion Leaders), and they are a powerful tool in the hands of someone who understands how that market works in China.

The interests of Chinese bloggers are very diverse: they can be travel bloggers and talk about their trips, can be makeup artists and show how to make a beautiful makeup, or can cook well (or rather nice-looking) and share their recipes. Also, there are business bloggers in China, financial analysts, and CEOs. Below we take a closer look at the most famous and influential KOLs of China.

Zhang Mofan MOMO is one of China's most famous beauty bloggers. In 2017, she took the Sina Weibo Award as the most monetized influencer. Zhang Mofan MOMO publishes mainly training videos dedicated to makeup, various cosmetic procedures and personal care, and runs live broadcasts that attract millions of users. Also, she created the Mo Amour cosmetic brand and, according to her, was involved in the production process at every single stage – from initial research to package design. Later, she created another cosmetic brand called MOAMIS in expectations to replicate Mo Amour’s success. Chinese consumers can purchase MOMO products on Alibaba e-commerce platforms. According to some reports, online sales of her cosmetics in 2016 exceeded USD 18 million. The blogger has also collaborated with some major brands such as Yves Saint Laurent. 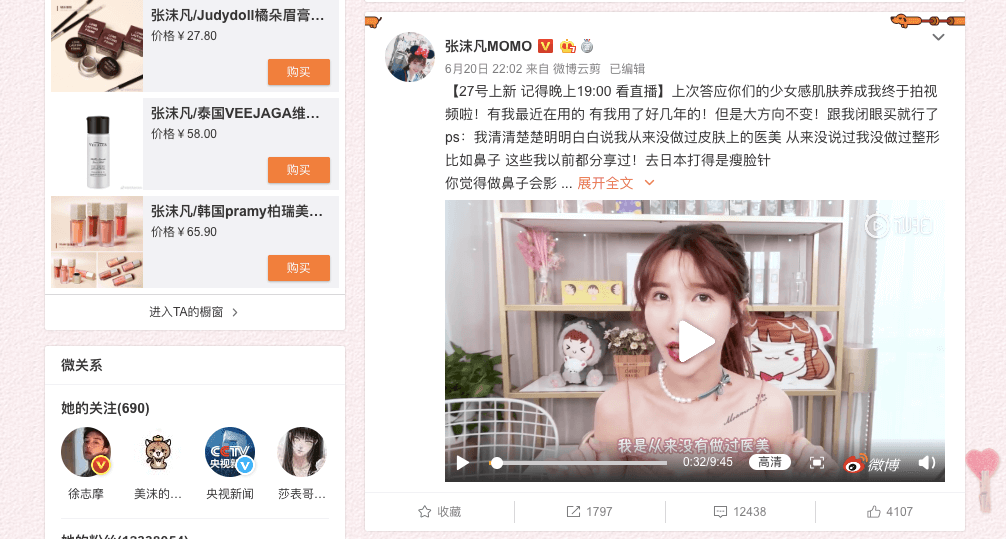 Papi is one of the most famous bloggers in China. Having graduated from the theater school, Papi (her real name is Jiang Ylei) became one of the most popular Chinese video bloggers, but her career path did not end there. Papi became so popular that could attract USD 2 million investments from several investment funds simultaneously in 2016. She did not spend this money on developing her own blog, but opened the Papitube agency that attracted other video bloggers too. This is a sort of production center for bloggers: they are assisted in promotion and get necessary hardware and useful contacts, and agents working in the center help the bloggers to process requests from potential advertisers. Such agencies subsequently became very popular in China, and most KOLs can be contracted for cooperation through them.. 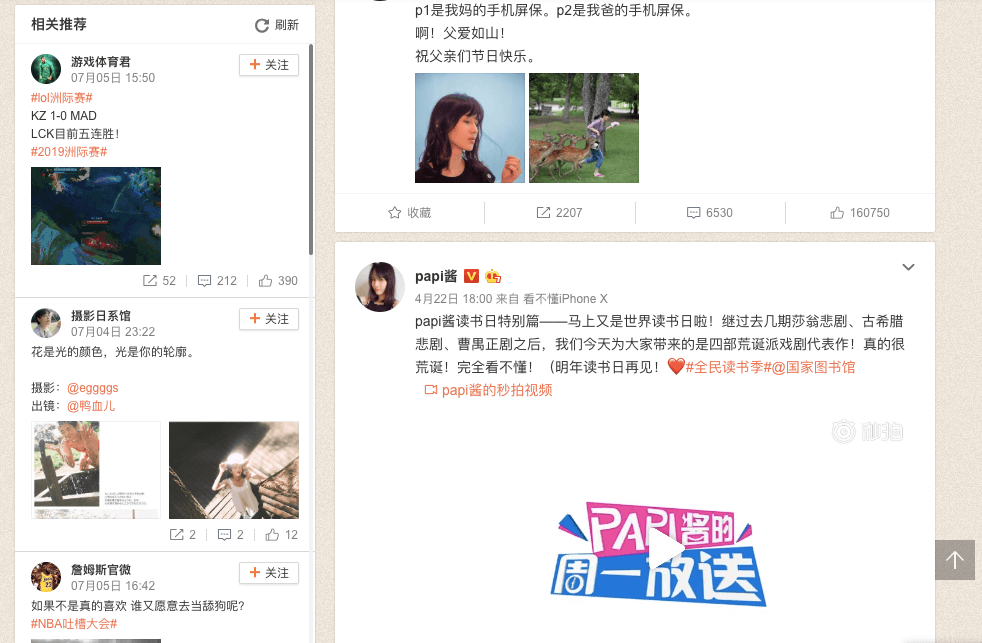 Of course, food bloggers are also popular in China where food has a specially reverent attitude. The page with the largest number of followers belongs to YOYO, whose blog combines travels and food. She travels around the world, tastes various dishes, and then shares her impressions with the followers. According to the Weibo rating, she is followed by Junzhi and Wenyi, the food bloggers of the sort more familiar to us. They post various recipes or tell how to feed the children or unexpected guests – all this with beautiful photos, which are better not to look at on an empty stomach. 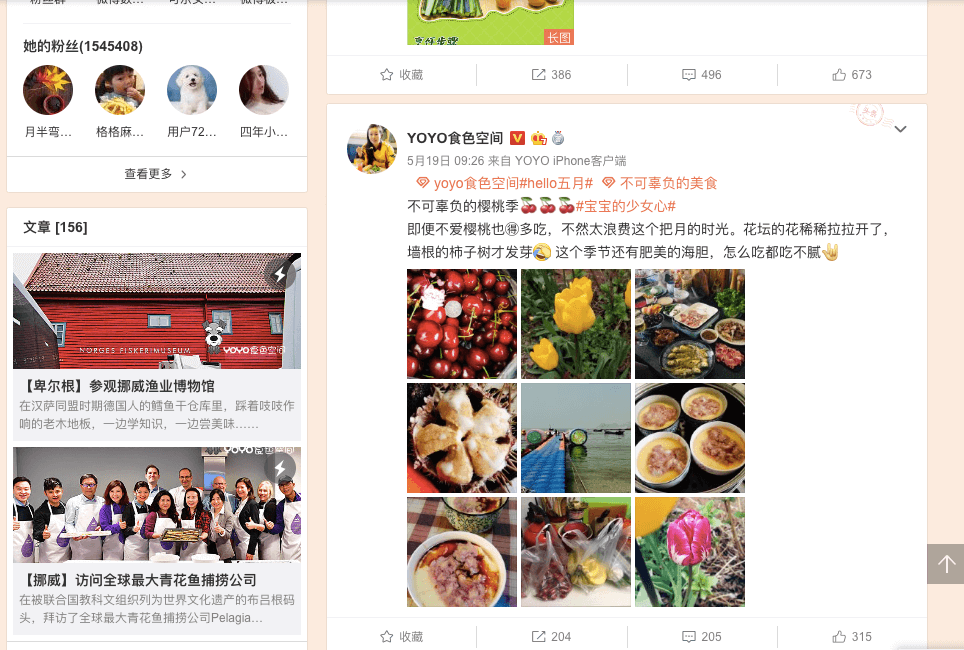 Ms Yeah, whose fame has long spread beyond China, has a food, DIY and at the same time funny blog. Her content is videos where she cooks right at the office using any reasonable and unreasonable improvised means. Oreo cookie earrings, 4 types of noodles and moon cakes, all that at the workplace: it is not surprising that so peculiar videos quickly became popular on the Internet. 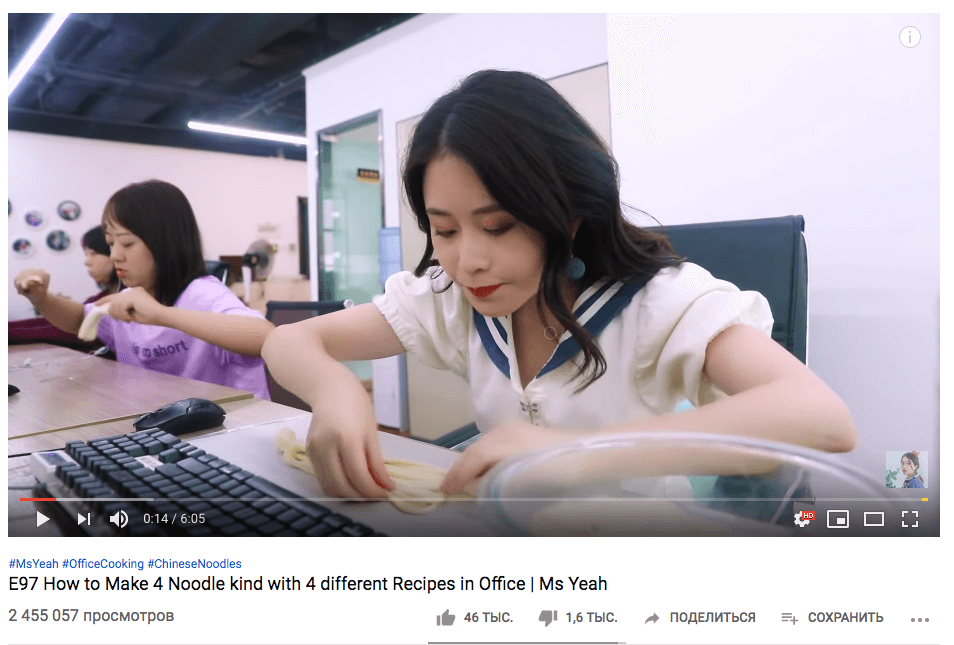 Gogoboi is one of the most famous celebrity fashion bloggers in China. He reviews various fashion novelties, analyzes celebrity styles and fashion trends, and sometimes even talks about makeup. In 2017, he opened his own store in Wechat, where he sells carefully selected luxury goods; the name of his store can be translated as “the few favorites”. This illustrates another interesting feature of the Chinese blogger market: the top KOLs often not just advertise some goods and services, but open their own stores to resell things related to the subject of their blog. Such an approval from him/her makes a thing much more valued in the eyes of the followers and several times more expensive. 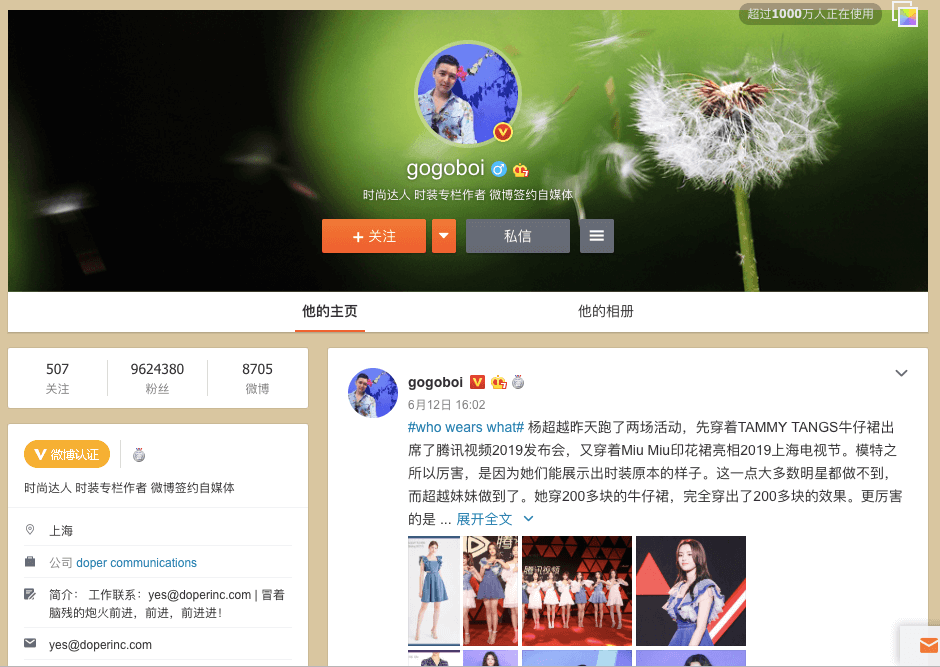 There are also Chinese humorous blogs whose pages are for entertainment, like “Wind rings the bells, ding-dong” (风吹 铃铛 响 叮叮) with the number of followers exceeding two million. Western bloggers with entertaining or humorous content mostly create their content by themselves – they shoot funny videos or make ridiculous photos; but Chinese bloggers often “produce” memes – they come up with funny captions for pictures and share their findings with the followers. Funny videos, like other video content, can now be mostly found on Douyin or Kwai, the applications for creating short videos with a lot of special effects. That's where Chinese bloggers dance on camera, paint themselves, do foolish things and anything else to save the followers from boredom. 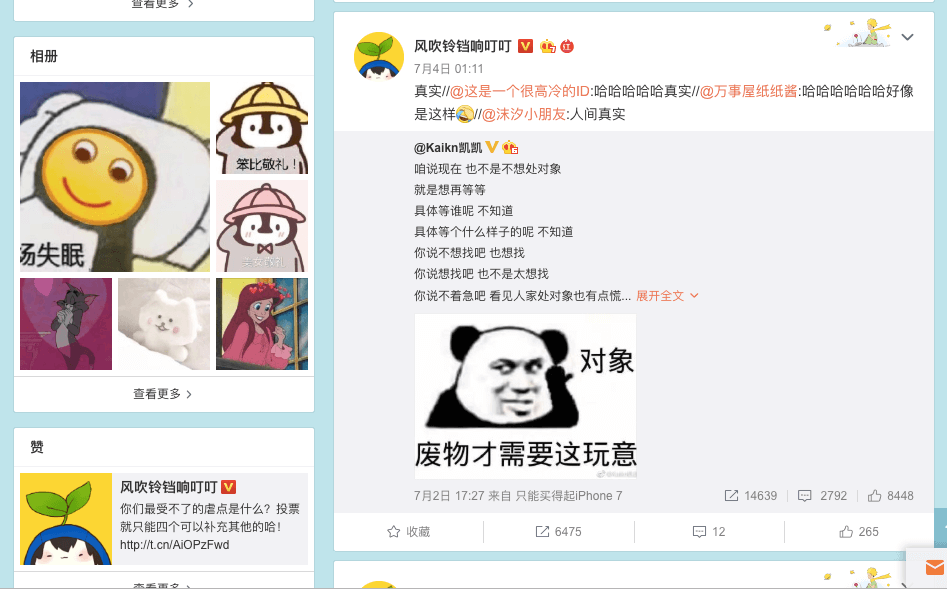 In general, the public attitude towards blogging in China is rather positive, that is not something shameful unlike some other countries. Young people consider this career to be one of the most promising, and many professionals in their fields run personal blogs to cover their activities and share life hacks and little trade secrets. These are bankers, designers, and even winery owners.

To effectively use bloggers for business promotion, it is worth paying attention to several features. First is a large number of followers. Naturally, a million followers is quite an ordinary thing in China, so bloggers should be assessed in comparison with other bloggers in the field. Second, the presence of services to drive up followers, likes, comments, and so on. It is important to assess the user activity. If you are looking at a page with more than two million followers but each post has just a dozen comments, mainly emoji, you may want to think twice before employing the blogger for your advertising campaign. There are also other signs of a responsible blogger. For example, Weibo introduced a convenient system of identification check marks of different colors. Blue one means that you are looking at the page of a legal entity, and red ones are allowed for truly influential bloggers only. This gave the name to denote those bloggers and later the whole economy system, Wanghong (网 红), literally “Internet + red”.

Being aware of which bloggers are worthy to employ and how to use them effectively to promote your business, you can attract the attention of a potential target audience, enhance your recognition, and, of course, increase sales. Asia Pacific will help you at every step of the way – from selecting the best KOLs to placing ads on their pages.